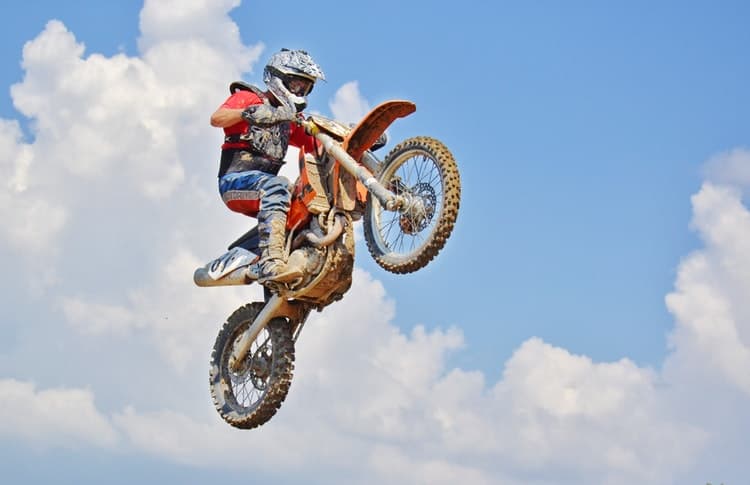 Today it has become very easy to find enduro and motocross videos due to YouTube. Those videos of other dirt bikers showing their skills on harsh terrains inspire many of us who love dirt bikes. Their popularity has reached even Hollywood, and there are many movies around the motocross or some heavily featuring them. Some even dating back to 1970. But with the streaming services like Netflix, and with their availability on Amazon, it is quite easy to watch these films. I have compiled a list of some of the best dirt bike movies that will surely entertain you.

There are many movies with a chase scene on dirt bikes or a whole film with motocross racing. So, how to decide which movie is the best? This was the question I asked myself when I was looking for some of the top class dirt bike movies. There is no single factor for deciding the quality of such films. Hence we are going to use six different factors to rank these movies. All those methods are listed below.

Originality, in my opinion, is one of the most crucial factors in determining the quality of a movie. A movie should have its own creativity and unique storyline which entices the audience. If a film has scenes copied from another movie, then it is going to become quite boring for anyone who has already watched the other film.

So, that’s why I have tried my best not to include such films. This way, you won’t find any scene redundant and feel bored.

Another characteristic of a good dirt bike movie is that they have a structured plot. No one enjoys a movie with a confusing storyline. A film cannot captivate the audience if the plot is hard to follow. A movie should have a clear plotline to make sure that the audience can enjoy the film. So, I have kept this in the equation while compiling this list. You can rest assured that no movie in this list is going to have a botched up story.

This is a fairly obvious one. I doubt there is a single person in this world who will enjoy lousy acting. If the acting is terrible, then it will lead to a bad movie experience no matter how good the story is, and this becomes even more glaring in a motocross movie. There are meager chances that the actor is also a good dirt bike rider. So it is undeniable that a stuntman is going to perform all the scenes involving the bike. A well-edited movie won’t make its audience realize that a different person performs the stunts, and this keeps the film interesting. But poor editing will ruin the whole experience. That is why both the acting and theatrics are going to be critical in making the movie experience enjoyable. This has been taken into account during the selection.

Of course, in filming the best dirt bike movie, characters are going to play a vital role. If the roles are one-dimensional, then the movie is going to be boring, and it won’t be worth your time. On the other hand, if the characters have a good backstory, the movie is going to be captivating. Even though in a motocross movie, the stunts are going to be forefront, but that doesn’t mean the bland characters won’t ruin the whole film. The development of character from start to keeps the story exciting, and this has been factored into the decision of choosing the best dirt bike movies.

Another characteristic of a good motocross movie is the setting it takes place in. If the film has various locations instead of a single background, it will be more enjoyable. This way, the scenes won’t feel redundant. Above all the entertainment is the reason that pulls the audience to the cinemas or in this case compel you to stream the movie.

Reviews are a significant factor in determining if the movie warrants your time and money. If a film has bad reviews from both the critics and audience, then it is likely due to the fact that the movie lacks some of the factors mentioned above. So in the selection process, I included the reviews, and they have a higher weightage compared to the other factors.

Let’s take a look at the movies that in my opinion, based on the above points, are some of the greatest motocross movies.

On Any Sunday is a 1971 Oscar-nominated documentary on motorcycle racing directed by Bruce Brown. This documentary threw light on the life of the trail riders and road racers. The director Bruce Brown himself was very passionate about dirt biking, so it wasn’t a surprise when he made a movie about it. In the seventies, there were no GoPro, so Bruce Brown used some techniques that were innovative for its time.

The documentary has one of the most fabulous casts on this list. It featured Steve McQueen, an avid motorcycle racer and a great actor, AMA Grand National Champion Mert Lawwill and Malcolm Smith, the GOAT (Greatest Of All Time) and a legend of off-road racing.

Before this movie, many people had a negative opinion on motorcyclists. They were regarded as rough, dirty gang members. But this movie changed their opinion by showing that these riders were the same as them just having fun on their bikes.

‘On Any Sunday’ is regarded as one of the best dirt bike movies ever made, and many dirt bikers found their inspiration from this movie. One of the scenes in the documentary shows a kid wearing a red helmet pulling a wheelie. That kid then grew up to become 5-times AMA and 2-times Supercross champion and is known as Jeff Ward.

The trailer for 1971 Bruce Brown directed ‘On Any Sunday.’

Another movie with all the elements an excellent dirt racing movie should have. This movie takes place at one of the hardest racing track, the BAJA 1000 in Mexico. Though this movie isn’t only about dirt bikes. It features other off-road rides, e.g., buggies, trucks, and quads.

Tougher Than Iron: The Enduro At Erzberg

Shot in Austria with 1300 dirt bikers lining up to show their skills by completing a mentally and physically challenging race. Due to the difficulties, this race presents it is rightfully termed “Tougher Than Iron.” You can presume its toughness by the fact that only 2% of the participants finish the race.

Any dirt bike enthusiast is going to love every second of this movie. This film shows the real challenge that many expert riders face. I will highly recommend you to give this movie a go.

You can watch the trailer for ‘Tougher Than Iron’ below.

Long Way Round is a TV series and not a movie. It stars Ewan McGregor and Charley Boorman, who rode a BMW R2250GS from London to New York. The series shows them traveling around 12 different countries, Russia, UK, France, Germany, the Czech Republic, Slovakia, Ukraine, Kazakhstan, Belgium, Mongolia, Canda and finally finishing the journey in New York USA.

You can watch all the episode free on Ewan McGregor & Charley Boorman’s YouTube Channel. Here is the first episode.

If you liked the other vintage racing movies, then add this movie to your watchlist. Legacy of Motocross features some of the most exceptional off-road racers like 7-times AMA champion Rick Johnson, and 5-times Motocross World Championships winner Roger DeCoster. The movie features many interviews and the old footages of motocross racing. It will give you a glimpse at just how far motocross has come over the years.

Check out the trailer:

Trailer for Legacy of Motocross on TrailerAddict.

A movie from 1994 with the vintage motocross soundtrack starring American motorcyclist Doug Henry. The film has an interesting plot. The stunts are entertaining, and you will enjoy the movie. Try to get your hands on a digitally remastered version as the original quality wasn’t top of the line.

All the movies above are selected based on the criteria I have listed. I decided to include the reviews in the process because I wanted to limit my own bias in the selection process. You can select any of the movies above, and you will definitely enjoy it. I would recommend starting with ‘On Any Sunday’ and ‘Dust To Glory.’ These two films have some great off-road racers.

Check out his article for some interesting dirt bike facts.

DirtBikeHeaven.com participates in the Amazon Services LLC Associates, an affiliate advertising program designed to provide a means for sites to earn advertising fees by advertising and linking to Amazon.com. When you buy a product referred by us, we earn a small commission, this doesn’t affect the cost of the product.

This website uses cookies to improve your experience while you navigate through the website. Out of these cookies, the cookies that are categorized as necessary are stored on your browser as they are essential for the working of basic functionalities of the website. We also use third-party cookies that help us analyze and understand how you use this website. These cookies will be stored in your browser only with your consent. You also have the option to opt-out of these cookies. But opting out of some of these cookies may have an effect on your browsing experience.
Necessary Always Enabled
Necessary cookies are absolutely essential for the website to function properly. This category only includes cookies that ensures basic functionalities and security features of the website. These cookies do not store any personal information.
Non-necessary
Any cookies that may not be particularly necessary for the website to function and is used specifically to collect user personal data via analytics, ads, other embedded contents are termed as non-necessary cookies. It is mandatory to procure user consent prior to running these cookies on your website.
SAVE & ACCEPT